AMBASSADOR concluded at its final conference

AMBASSADOR final conference took place at the testing site in Lavrion in October 2016. During the event the project was revealed to the public and the results were made well known to the audience. This was a very important action for the recognition of the project to the public and for giving the importance of project’s targets regarding the sustainable energy management in district community level through the contribution of buildings’ automation and algorithms implementation for managing the energy mix. The representatives from the whole project’s consortium were giving all the necessary information and gladly answering all the questions given from the public. Presentations from the final conference are available here.

The conference attracted a wide range of stakeholders from the whole value chain, such as representatives from the industrial sector and the public authorities, engineers from different field as well as students and private investors.

A day after the final conference, the AMBASSADOR team also met with its Project Technical Advisor at its final review to conclude the work done during last 4 year. 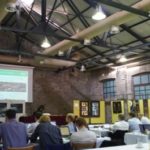 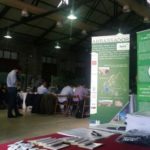 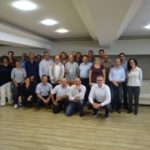